While running errands, a militiaman noticed Caco De'mon and Duke Jivewalker in Villore.
Checking gankerlookout, it was confirmed that they had been hunting in the area.

Finishing his errands, the militiaman grabbed a nearby Falcon, and went hunting for them.

It just so happened they were on their way to a crime, as he landed on same gate, all travelling the same route, in the direction of the last crime location - Charmerout.

The criminals ended up turning and striking in Noghere.

While in route, the militiaman noticed a Mackinaw on DScan in Caslemon.  Having lost the trail,  he backtracked, found the Mackinaw, and perched on a tactical off the potential target.

The red flashing criminals and a flashing yellow suspect came back into the system.

The militiaman took note of the suspect pilot, as it was highly likely this was their scout and looter - Katty O'Malley

The Mackinaw came and went, but a Retriever took his place.
During that time,  Katty O'Malley remained in system.

If his suspicions were correct, Caslemon would be the next targeted system.

A call went out in Gank-Intel that a Charon was being bumped in Isanamo.

A hard choice needed to be made, to make the 11 jumps, or stay on grid.
Either one could be ganked  before he arrived, or while he was gone.

Choosing to take a chance, he tried to make it to Isanamo.
However, by the time he reached Uedama, the Charon had been ganked.  Luckily, Special Agent Loot Fairy did arrive in time.

Returning to Caslemon, he found his chosen ward, still safe.

Time passed and it appeared that no further crimes would be committed.

Jumping into Mesybier, he noticed the criminals were in the system,  They had been sitting in Villore earlier, several jumps away, and this seemed like a bad sign of things soon to come.

Racing back to the miner in the belt, he noticed an Imicus on short range DScan.

The Miner was still alone, with no one else on grid, but that Imicus was less than 1 AU away.
Soon,  Katty O'Malley warped to the belt, in that Imicus, and approached the miner.

Caco De'mon and Duke Jivewalker quickly entered the system.  Hitting DScan at ever shorter ranges, the criminals were tracked as they approached.

The red gankers landed on grid. Dropping his cloak, the militiaman fired up the twin sensor boosters, and spammed locked the criminals. 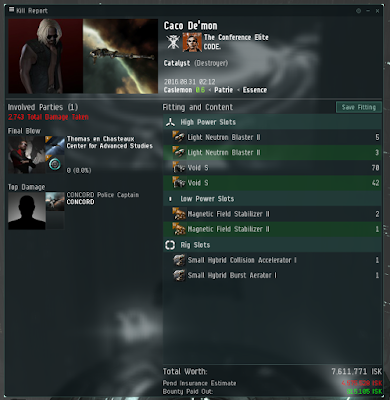 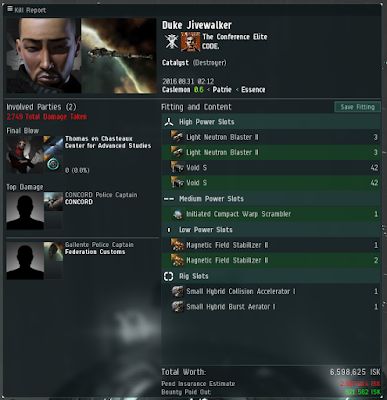 The miner was saved. - Save Mail: Ricardo Tora Retriever 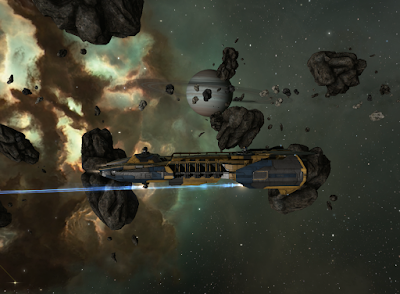 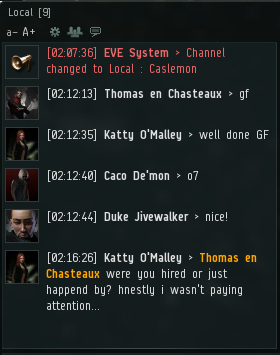 The Answer?
Justice, like the HSM, was paying attention, the entire time.