Earlier this week, Spectre Fleet scheduled a Burn Jita event for Saturday July 30th.  The HSM, alongside friends and allies, issued a Call To Arms, positioned assets for SRP, and prepared for a very hot and long day.

Intel quickly established that gank streaming was available, so we fleeted up and grabbed the popcorn.

It was soon determined that not enough numbers showed up for a Jita gank fleet, so the event was moved to Uedama, where less CONCORD resistance would be met.

The Militia followed, and so too did many others.

The Machariel bumpers were:


The first gank attempt in Uedama against a Charon ended in failure.  The Charon was repped to full health, and safely left the system.

Then Bob's invisible hand stretched forth and touched someone, twice, inappropriately. When the pod exploded, we all knew, it was a message from HIMSELF. 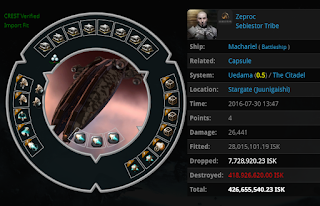 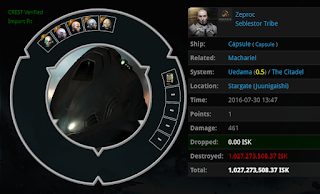 In the chaos, we didn't notice, but hoped Zeproc fired off a final salvo of those Festival Launchers as he experienced his own personal Rapture.

Everyone agreed - criminals and militiamen alike - that we had just witnessed Bob's Miracle, akin to the first rainbow, and knew the event's end must be drawing nigh.

Shortly thereafter, one empty obelisk was lost to the Burn Jita gang, but the fleet soon evaporated, much as it had formed.


With the Burn Fleet standing down, the reviews and feedback began pouring in.


Special thanks to all who fleeted up, and chased the Burn Something Something Fleet around High Sec space.  And a very special thanks to HIMSELF, who chose to bless our gathering, by annointing us with Machariel and Snake dust.