The Tornado Ganker Pudding-Pop thought he scored a valuable kill when his looter swooped in and scooped the loot from the wreck.

However, his looter poopshoop69090901289374 Muutaras  (seriously?) discovered that ganking is easy, but looting is hard. 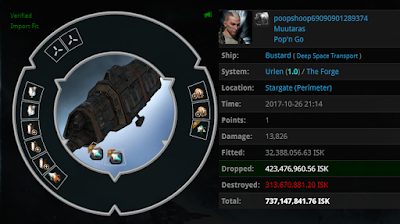 Having been caught red handed, poopshoop' noticed a Crane dropped in the loot he fail-carried ...

... and thought he could make good his 2nd attempt at escaping.

Given his spur of the moment planning, things didn't turn out well. 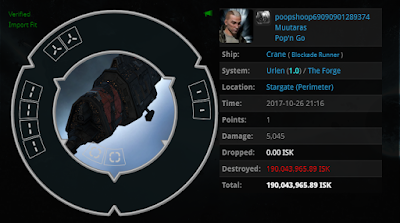 Militia Member Sergio Galente continually demonstrates to criminals that the Loot Fairy isn't the only cold and unforgiving force at work in the Universe.