Although several hero counter-bumps had prolonged the life of a Providence in Muvolailen, it eventually succumbed to a terrible fate.

The Looter Charon - piloted by Unassuming Passerby - decided lady luck was in his favor and decided to have a go at the cargo drop, since the Loot Fairy had failed to turn up.

But in New Eden, luck favors those with points.


The Militia was on grid, and so too, the harsh space mistress had returned. 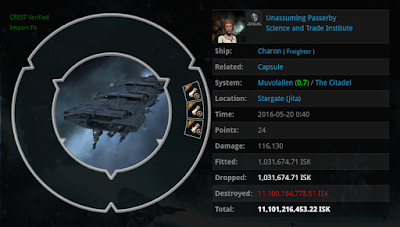 And not only had the Loot Fairy returned, but Space Justice as well 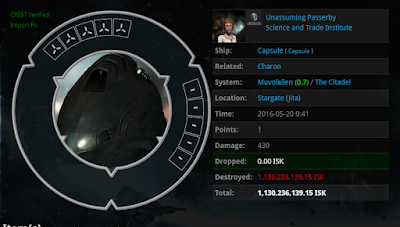 UPDATE: Video of the ALOD - Lessons in Elite Looting II