Looter ALOD: The Ittys of Sisyphus

Gogela was in his Tornado and camping his usual spot - the Jita gate in Perimeter.

Maximilien Robespierre Patrouette and I decided to interrupt his profiteering off the haulers.

However, Gogela and his looter - Miyammato Musashi - were persistent, increasing their warp core stab fits, but it wasn't enough. 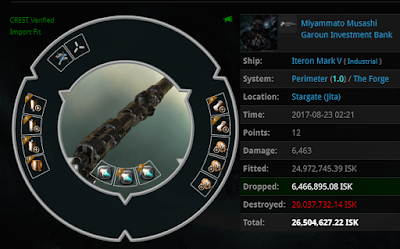 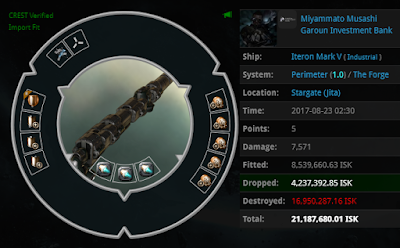 But it didn't end there.

He was dropping his loot for his MTU to pick up.
We fixed that. 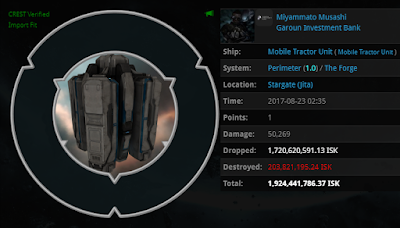 He tried evacuating his loot. 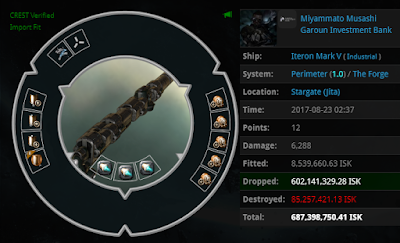 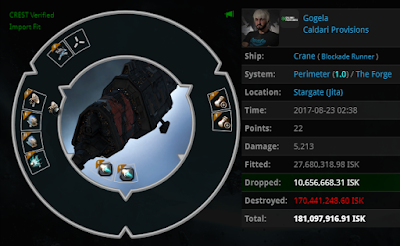 Max had to dock up and drop off the salvaged loot in between attempts.

Over 2.8 Billion Looter ISK was intercepted/destroyed and intercepted again by our tag team of Point + DPS.

We contracted back to the previous victims everything we could salvage.
We achieved nearly 3 billion total in loot and ship KMs, with just two pilots, in the right place, at the right time.

So get out there and make all the difference in the Universe.
You just might ruin a criminal's day, and rescue a hauler's day from the jaws of defeat at the same time.