The High Sec Militia offers rewards to its members who make the sacrifice to enact high-sec justice where CONCORD fails to act.
Machariel Bumpers are the lynchpin to the major criminal enterprise of freighter interdiction and hyperdunking.
The Militia found this pirate, Dibbes, in Jita.

According to space criminals and certain pirate codes, he was committing the greatest space crime of all:  He was AFK.

And according to those same criminals and pirate codes, he was committing the second greatest space crime of all:  He was flying a blingy ship and pod.

Justice was swift and painless.
Rest assured, Dibbes didn't feel, or witness, a thing.  We are told that his new clone did wake up with a terrible headache and nagging sense of self-doubt and loathing.

We can only imagine the shame, disgrace and shunning that must be occurring in the pirate sandbox. 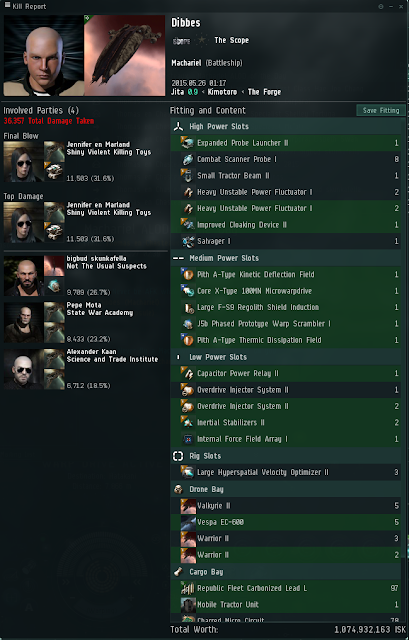 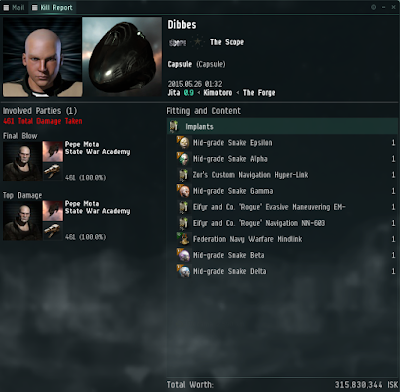